Civil War Discharge Document for Charles McElroy
To see the document in more detail in a new window, click on the picture below 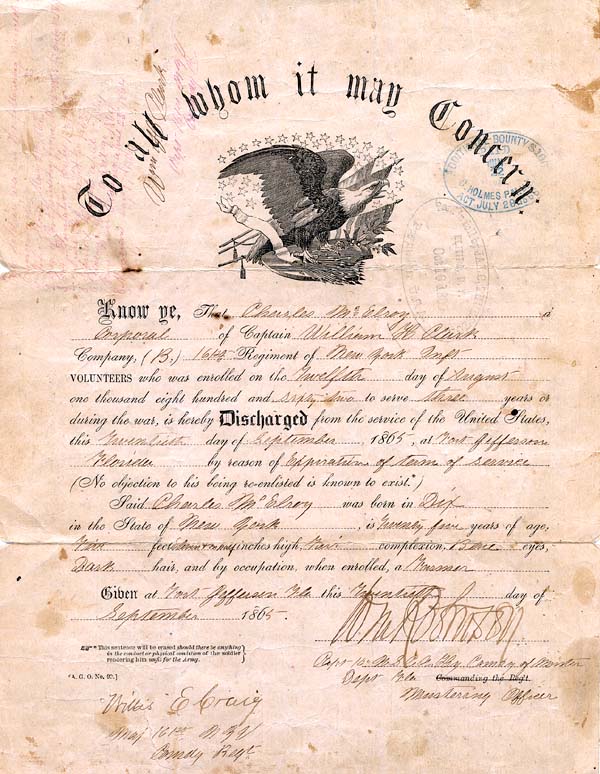 Transcription
To all whom it may Concern

Know ye, that Charles McElroy, a
Corporal of Captain William H. Clark
Company (B), 161st Regiment of New York Infantry
Volunteers who was enrolled on the twelfth day of August,
one thousand eight hundred and sixty-two to serve three years or
during the war, is hereby Discharged from the service of the United States,
this seventeenth day of September, 1865, at Fort Jefferson,
Florida, by reason of expiration of term of service.
(No objection to his being re-enlisted is known to exist).

Said Charles McElroy was born in Dix [he was actually born in Hamburg, New Jersey]
in the state of New York, is twenty-five years of age,
five feet eleven and one-half inches high, fair complexion, Blue eyes,
Dark hair, and by occupation, when enrolled, a Farmer.

Given at Fort Jefferson, Fla., this twentieth day of
September, 1865.