Captain Joseph Hartwell commanded a crew of nine on this two year voyage to the Fiji Islands from June of 1844 to June of 1846. 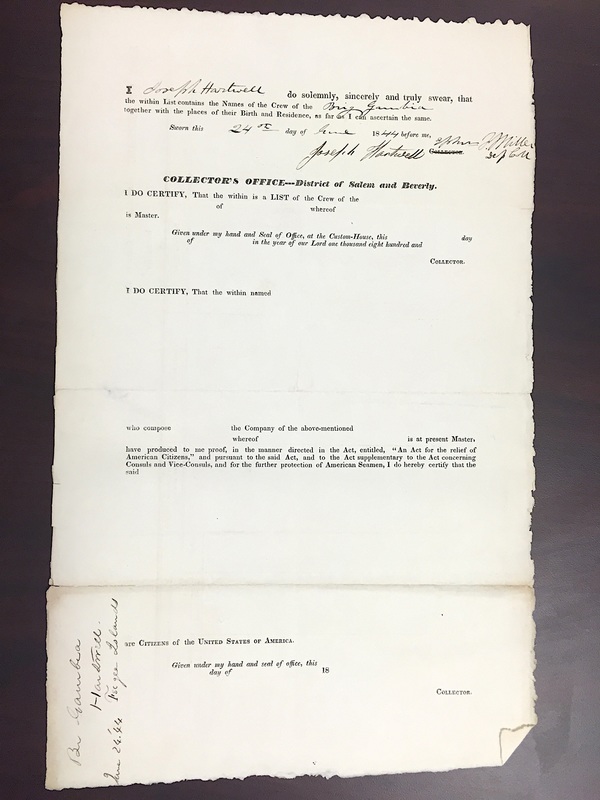 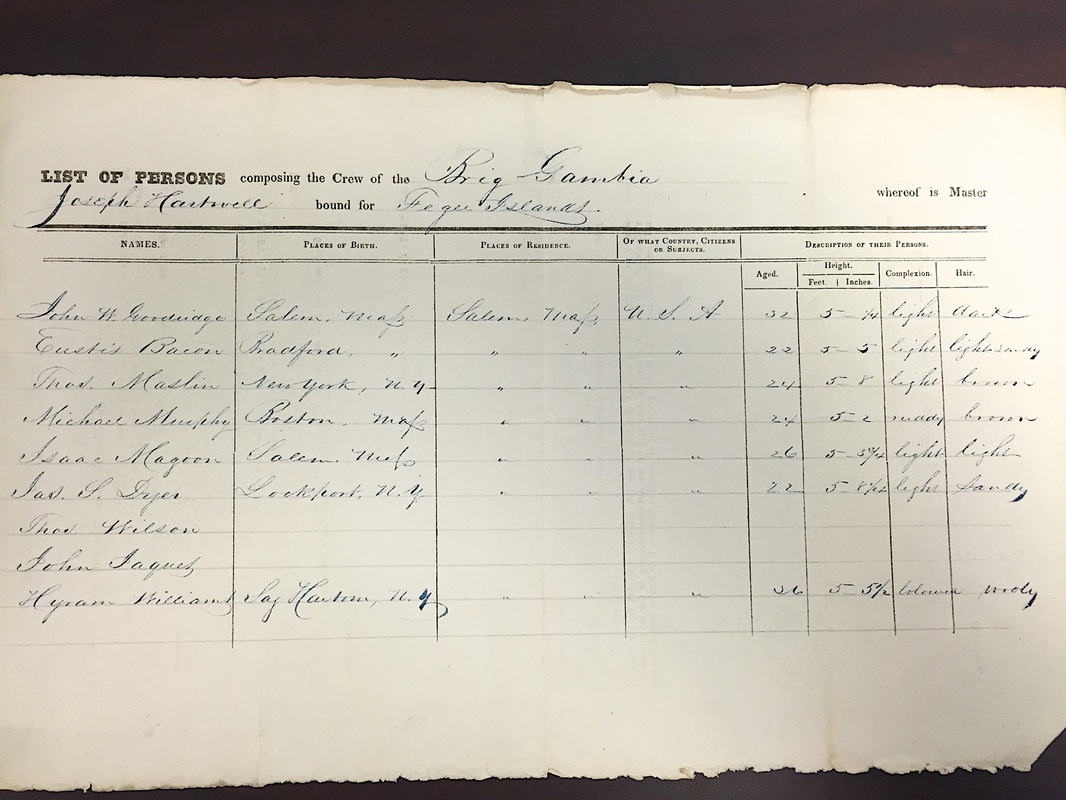 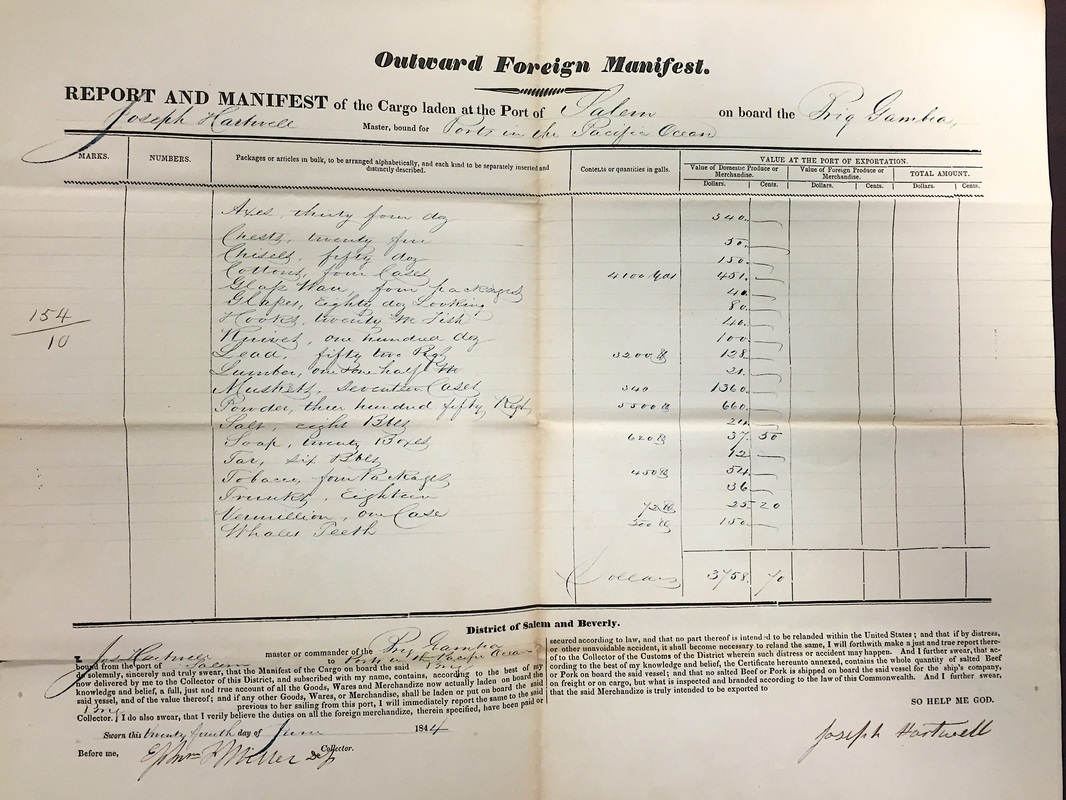 The Log Book of the Brig Gambia contains daily observations of the wind and weather. 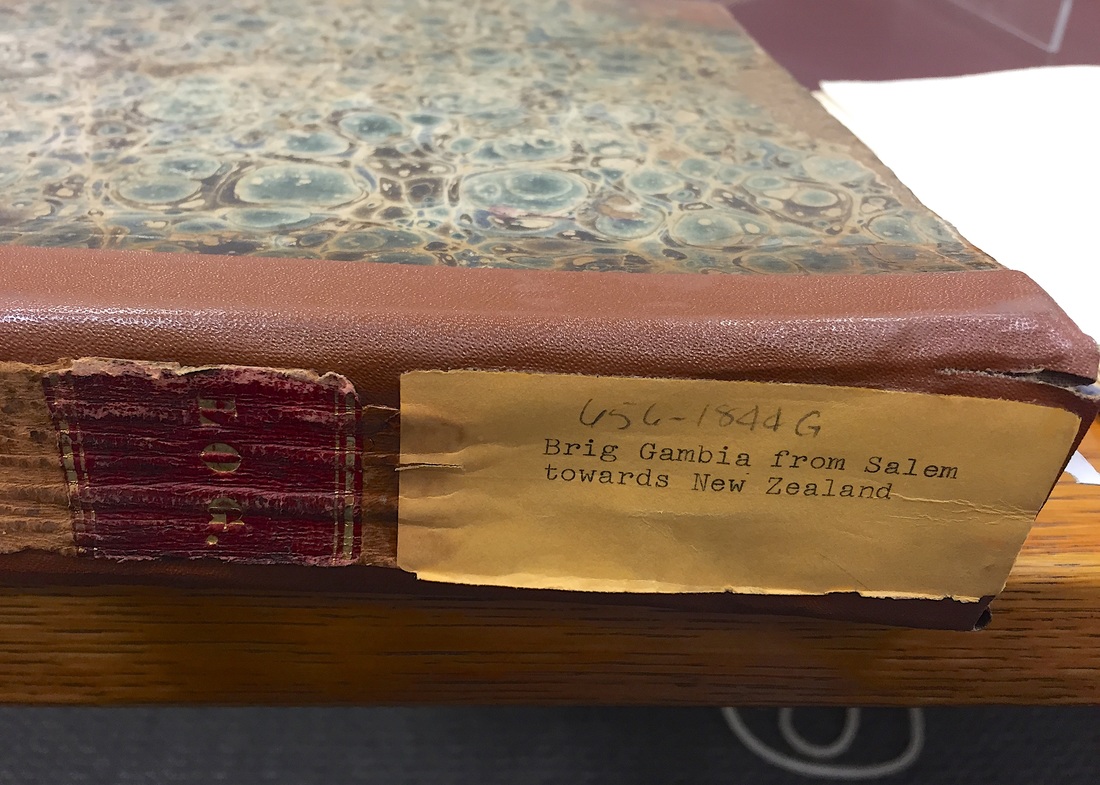 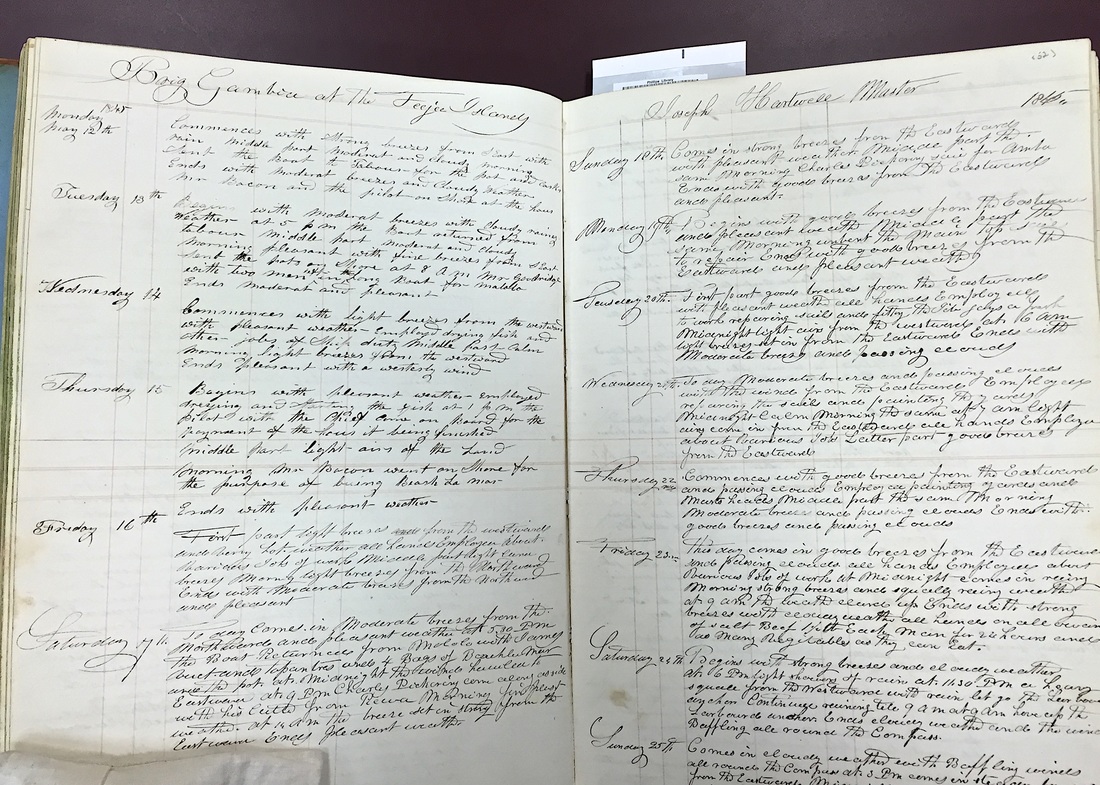 Captain Hartwell in the Fiji Islands
excerpts from Life in Feejee, or Five years among the Cannibals by Mary Davis Wallis

Mary Davis Wallis was the wife of Captain Benjamin Wallis of the Barque Zotoff. She, her husband and the ship's crew were in the Fiji Islands during the same time frame as Captian Joseph Hartwell of the Brig Gambia. Below are excerpts from her book containing mentions of Captain Hartwell.
p. 24-25. Dec 7, 1844. We weighed anchor and sailed for Bau, which may with propriety be called the capital of Feejee. The island is small, being only two miles in circumference. A king and many chiefs reside there. The ruling chief is named Thakombau, although Tanoa, his father, is the nominal king, and has been a very powerful one in his time, but is now quite aged and his son bears rule. In the afternoon we received a visit from Thakombau. His Majesty was saluted by the firing of three large guns. He is tall, rather good looking, appears fully aware of his consequence, and is not destitute of dignity. He wore an enormous quantity of hair on his head, and sev eral yards of native cloth around his body; he was at tended by a crowd of his officers of state. He came on board in a very angry mood, from the following causes: — Bau, it seems, is at enmity with the king of Rewa. Capt. Hartwell, commander of the brig Gambia, of Salem, came to Rewa, engaged some Rewa men, and a white man, who has made himself particularly obnoxious to Bau, to fish for him. He then came to Bau, keeping it secret from him that he had any thing to do with Rewa, and obtained some Vewa men to go to Ba in his service. After he went, the white man from Rewa persuaded Capt. H. to send the Vewa people home, which was an imprudent act, as Vewa is one with Bau, and if the latter is insulted, they possess the power to ruin Capt. H.'s voyage. Thakombau said that Capt. H. had come here and made a fool of him, and that Capt. Wallis would do the same ; he wished them both to go to Rewa for their cargo, for he would have nothing to do with either; they were both one concern. Mr. W. told him that he had nothing to do with Capt. Hartwell's conduct, nor should he have any thing to do with the enemies of Bau. At length, after a long, conversation and many presents, he became pacified; but declared that he would go to Ba, kill the Rewa men, and burn the "beech de mer" houses. After this declaration he sent a messenger on -shore to tell his people to prepare for the hostile expedition. When the conversation was ended, His Majesty con descended to notice my humble self. He took a seat on the sofa, gazed at me, then took my hand and held it up, that his people might see how white it was (by contrast, I presume). He left the vessel about dark. 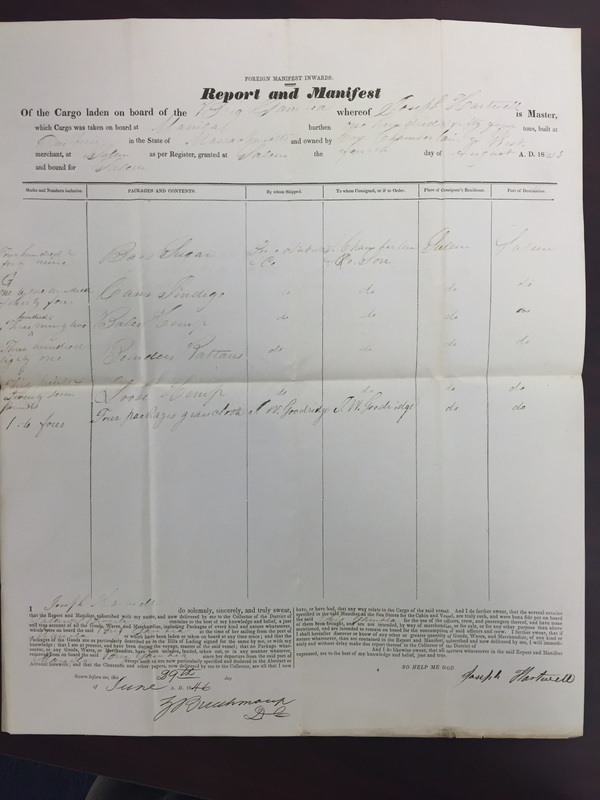