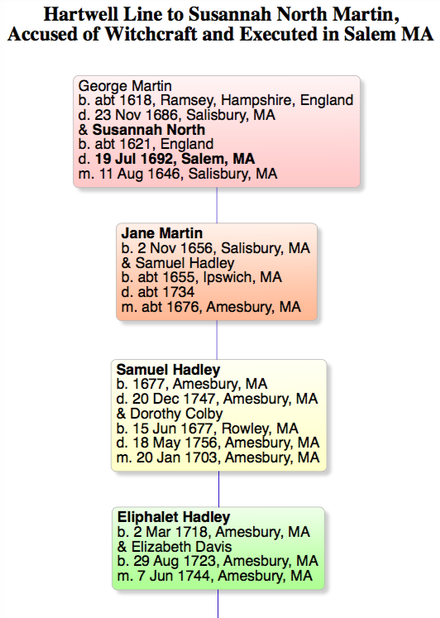 Click on the pedigree chart above to view a larger version
Susannah North Martin (1621 - 19 Jul 1692) was one of 14 women executed for witchcraft during the Salem witch trials of colonial Massachusetts. She immigrated from England with her father and step-mother to Salisbury, Mass. around 1639, married George Martin, a blacksmith, and had eight children. The family moved to Amesbury in 1654.

Susannah was twice accused of witchcraft, first in 1669 when the charges were eventually dismissed, and secondly in 1692, when she was convicted and hanged, an impoverished widow.

Salem Witch Trials, a Documentary Archive and Transcription Project from the University of Virginia