Captain Joseph Hartwell and the Voyage of the Pilot

Letter from Joseph to his wife Lydia

I was fortunate to discover, via a Google Search, this stampless folded letter from Joseph Hartwell in 1847 while on board the Pilot. It is in the possession of a collector as part of an exhibit on the postal history of the Fiji Islands, which can be seen on the Columbian Stamp Company website. I contacted the company, and the proprietor was kind enough to visit his collector client in person, open the letter, and photograph its contents for me, which I have displayed and transcribed for you below. 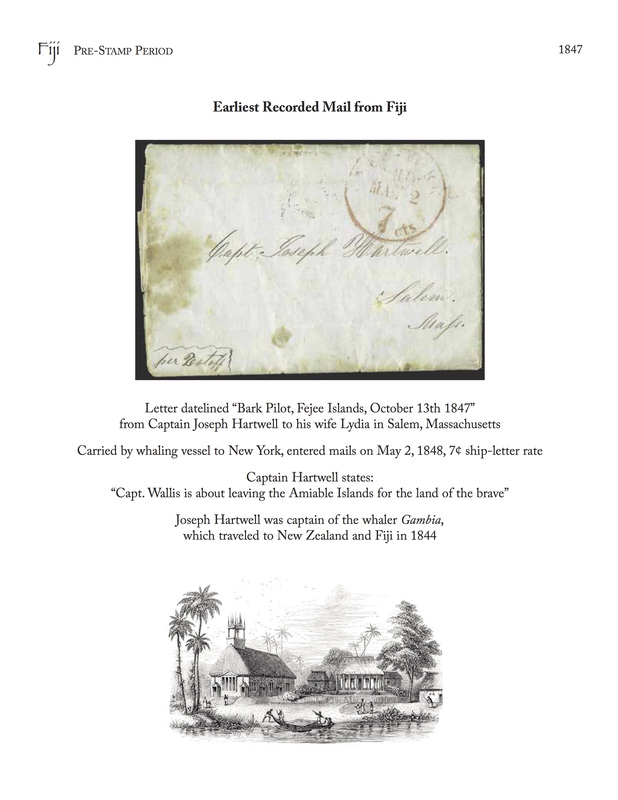 Above is the exhibit page containing the letter. As mentioned in the explanatory text, Captain Joseph Hartwell wrote this letter on October 15, 1847 while on board the Pilot in the Fiji Islands, and gave it to Captain Wallis of the Barque Zotoff, to carry back to the United States for his wife Lydia (Parker) Hartwell. The postmark suggests that Captain Wallis successfully entered the letter into the US Mail in New York on May 2, 1848, where it was subsequently carried to Salem and delivered to Lydia.

The last sentence of the text above is misleading, as Joseph Hartwell was captain of both the Gambia and the Pilot voyages to the Fiji Islands and other ports of call in the South Pacific, including New Zealand and Manila. Captain Hartwell was not hunting whales, but leading trading voyages, profiting especially by obtaining beche de mere, or sea cucumber, in the Fiji Islands; this was considered a delicacy at the time.

A thumbnail snapshot of the letter can be found below, followed by a transcription. Click on the image to view the complete letter in a separate window (unfortunately it's a bit out of focus). 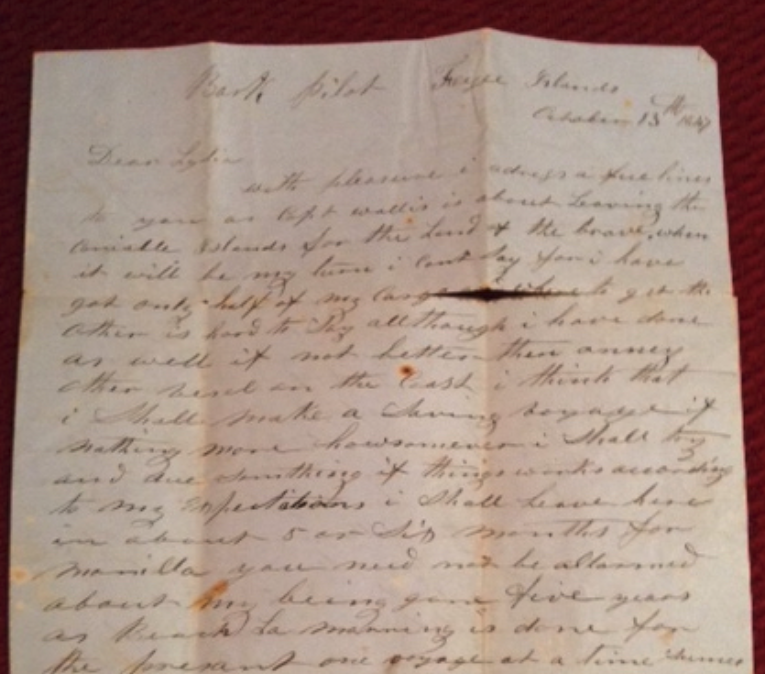 Dear Lydia,
With pleasure I address a few lines
to you as Capt. Wallis [of the Barque Zotoff] is about leaving the
Amiable Islands for the Land of the Brave. When
it will be my time I can't say for I have
got only half my cargo, and where to get the
Other is hard to Say all though I have done
as well if not better than any
other Vessel in the least. I think that
I shall make a Saving voyage if nothing more howsoever I shall try
and do something if things work according
to my expectations. I shall leave here
in about 5 or six months for
Manilla [Phillipines]. You need not be alarmed
about me being gone five years
as Beach Le Mering [harvesting beche de mere, or sea cucumber] is done for
the present one voyage at a time ... quit long enough for me if you was
with me. I could say as Capt. Wallis' that
he did not come when he went home.
So long as he could make any thing
You can look for me next summer. I __
that this will find you and all the children in good health. Tell Warren [Joseph Warren, their eldest son, age 8]
that he must be a good boy and
​help his mother all he can, likewise ....
and learn as fast a possible. Tell Willie [William Henry Hartwell, their 2nd eldest son and my gg grandfather, age 3]
to be a good boy and perhaps I shant find
as much fault with him when I get home
as I did the last time. I would like to
hear from you but I don't expect to
until ... Manilla ..Mr. Williams
him fishing for the the Counsel he says that
he intends coming home ...
past. I don't think that he cares much
about coming as report goes he has not
any thing due him to bring to his family
if that is the case. I don't blame him
for not ... for my part i would as
soon go to the Gallows as ...
handed to my family. I have nothing
of any Importance to write you
more than Take care of yourself and
Children and make yourselves as happy
as Circumstances will admit.

And now i will bid adieu for this
time hoping to meet in about
ten months more.

Yours till Death,
Joseph Hartwell

More on Captain Wallis and the Barque Zotoff 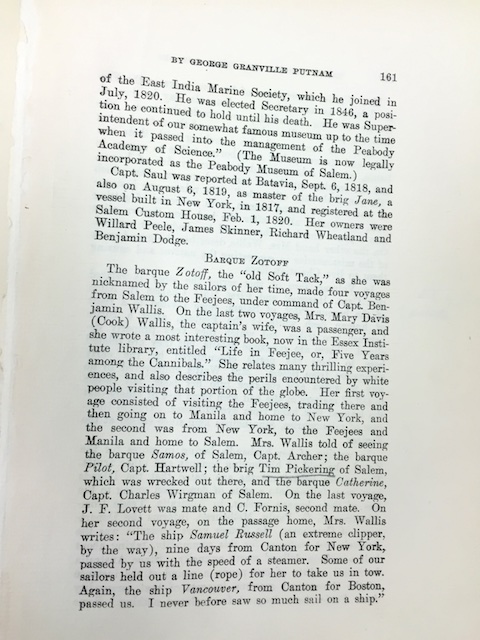